Rhinoplasty (nose job) is one of the least understood and most technically difficult operations in plastic surgery. Everyone can spot a patient who has had a poorly performed rhinoplasty. Fortunately for patients, recent changes in philosophy and advancement of techniques have led to more natural results. Many books and articles have been written about rhinoplasty and below is a discussion of some of the more common errors seen in cosmetic rhinoplasty.

A prominent dorsum is one of the most common complaints in patients seeking rhinoplasty. In the past, it was acceptable to over resect the dorsum of the nose resulting in a scooped out look (ski jump). This was created by removing too much bone and cartilage and by not correcting the tip adequately. In the modern era of rhinoplasty, we now strive for a more natural look with a conservative resection leaving the dorsum nearly straight. Another common complaint in patients is a wide nasal tip. In the past, correction lead to a nasal tip which was over resected (again). How many people have you seen with extremely small, balled up nasal tips? Again, this was the norm in the 1970’s but now is frowned upon. Staying with the same theme (removing less), cartilage removal and septal excision are now more conservative resulting in a natural, less surgical looking nasal tip.

It is very important to obtain a successful surgery the first time as secondary rhinoplasty (redo operations) can be very difficult. With each surgery the amount of scarring increases, as does the possibility of complications such as nasal skin necrosis or deformity of cartilage. Accordingly, some surgeons will not do a secondary rhinoplasty and will refer patients to surgeons who specialize in this type of surgery.

In performing rhinoplasty, a thorough preoperative evaluation and well thought out plan followed by precise surgical technique ensure a successful result. The first order of business is to inject the nose with local anesthetic with epinephrine to diminish bleeding. Sometimes local anesthetic is placed into or on the nasal septum if septal surgery will be necessary. Incisions are made on the outside of the nose (columella) and also on the inside of the nostrils. The skin is then dissected away from the underlying structures allowing excellent visualization of the deformities. First the prominent dorsum is rasped down (sometimes excised) to the appropriate level. This includes removal of bone and cartilage. Later the nasal bones are fractured and very carefully pressed together to narrow the nose and to eliminate the “open book” deformity. Now the tip is freed up and the lower lateral cartilages are trimmed to narrow the nasal tip. This is where the surgeon should leave an adequate amount of tip cartilage (5-6 mm) to establish a natural look. Over resection here will lead to a small, balled up tip with a natural look. The remaining cartilages are sutured with multiple sutures to achieve tip projection and to also narrow the tip. Under resection of the septal tip here can lead to a parrot beak deformity (supra tip deformity). Attention is then turned to the nostrils. Wide nostrils are reduced by removing very small amounts of skin at the base of the nostril (alar base reduction). The entire nose is then evaluated for final revisions followed by suturing of all incisions. Intra nasal packing is usually not necessary. Healing is relatively quick but swelling of the tip may take 6-12 months to resolve. Bruising is also a concern when the nasal bones are broken and may resolve in 1-3 weeks.

When contemplating a rhinoplasty, it is helpful to undergo advanced computer imaging so that you and your surgeon can agree on an expected result. If you are considering cosmetic rhinoplasty, ask your surgeon about their experience and view before/after pictures of their work.

Before & After Patient Photos 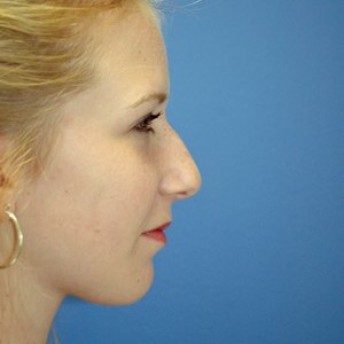 These prices are NOT offers and merely estimates.

CoolSculpting® is the only non-invasive procedure that uses advanced cooling technology to gently and effectively eliminate fat in specific areas of a patient’s body through a proprietary technology called Cryolipolysis®. This procedure involves no incisions and no anesthesia and reduces the fat layer without harming the skin or other tissues. There is little to no down time and you will see results in 8-12 weeks. We now have two CoolSculpting® machines allowing us to treat a patient in one half the normal time.

Care Credit provides access to affordable financing for ANY Cosmetic or Plastic surgery.